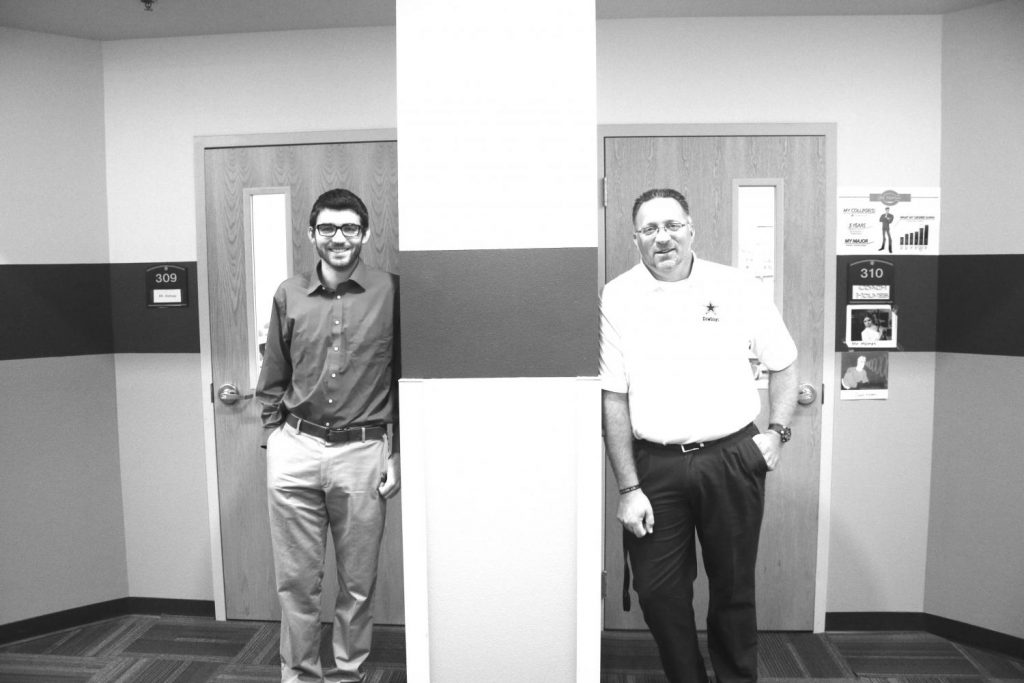 A new year, a new confusing set of names. After finally escaping the chaos that was M. Duling and N. Duling, we are stuck with yet another conundrum– Eric Holmes and Jefferson Holmes.

However, unlike the Dulings, they are father and son, with rooms right next to each other, and both teach variations of math.

Growing up, most people don’t really know what they want to be, and the few that do are the lucky ones.

For years, J. Holmes didn’t think that everything would come full circle, never believing he would follow in his father’s footsteps. It was always in the back of his mind, but only after graduation did he realize what he wanted.

Many grow up wanting to be just like their parents, and J. Holmes is no different.

“I grew up wanting to be a teacher because I wanted to be like him, ” J. Holmes said.

Working with someone who has been with you since birth, who watched you grow and mature, can be quite daunting, but to J. Holmes, “It’s surreal.”

He watched his father do exactly what he is doing now, not just teaching math but setting a good example and being a role model for children of the next generation.

As his father, E. Holmes is both excited and scared to work with his son.

“It is fun to have something in common that we can discuss or that I can be of help to him with,” E. Holmes said. “As a parent, you are always a little worried about how your kids will do in their profession, but even more so when they are working with kids in your community.”

There may be some roadblocks along the way, but for the most part, they believe that it’s actually much easier working with each other as opposed to a stranger.

Along with it being easier to work together, it’s also easier for E. Holmes to be more critical of J. Holmes, only because he knows it won’t offend him. It’s easier for him to point out mistakes and correct errors with his son than it would be for another teacher.

“[Jefferson] has played for me, been in my class, and lived under my roof, so he knows that I won’t baby him and that when I do give criticism, it is coming from a good place,” E. Holmes said.

J. Holmes’ parents may not have pushed him towards a career in teaching, but they did want him to choose a field with a positive job outlook. Being a teacher, J. Holmes hopes to help the kids of the future and inspire them.

“I just want to… keep on teaching students for as long as I’m able to,” J. Holmes comments.

His parents are extremely proud of him, saying, “It was very exciting to talk about the positive influences he hopes to have on young people and their lives.”