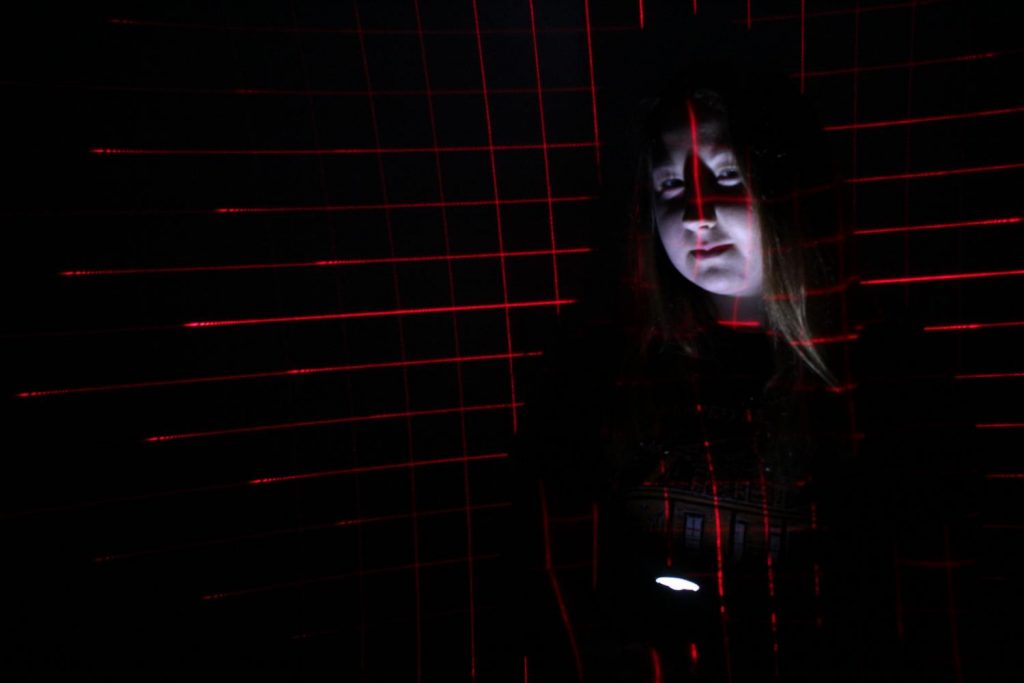 It’s a thought senior Kacie McMillen often finds herself wondering as she hears a rattling from her bedroom doorknob. Two of her friends follow closely behind as she investigates the noise, flashlights in hand and feelings of exhilaration coursing through their veins.

For many students, hanging out with friends occupy most of their day, but for McMillen, Parapsychology fills up her free time.
“… [Parapsychology is] the study of the paranormal, psychic phenomenon, telepathy, clairvoyance, any paranormal claims basically with the mind to debunk some things and prove others,” McMillen explains.

Her interest in parapsychology is a result of various acts, but McMillen said she has always been sensitive to paranormal presences.

“No one truly started my interest per se,” McMillen said. “Watching movies sparked it for [me] when I was little, and then when I started experiencing it myself, it was like I finally found what I am suppose to do with my life; it was my calling.”

The earliest memory of experiencing a paranormal event for McMillen stems from when she was four or five years old. When her “Stella doll went missing a couple of years later, then reappeared” she was more convinced than ever something was amiss. Later, she heard other family members say “they have experienced things as well”, and she wanted to dig deeper into parapsychology.

The journey has led McMillen to explore a number of places rumored to be haunted, including her own house.
“…I always felt that there was a presence in the house… Candle[s] flew at my bed, doors opened and slammed shut, and my doorknob would rattle in the middle of the night,” McMillen said.

It became so frequent that she would wake up and had to “put a laundry basket in front of [her] door,” to stop the rattling.
Due to these recurrences, McMillen sought the help of her old teacher, Justin Spurrier. McMillen and Spurrier held Ghost Box and Electronic Voice Phenomenon (EVP) sessions to figure out who or what was making such a disturbance.

McMillen describes a Ghost Box as a “little box that [uses] radio magnetic frequencies to allow the spirits to manipulate it to speak.” EVP’s are used in the same way, to “pick up what we can’t hear,” like spiritual voices.

Using an old radio that Spurrier fixed, he then asked who was rattling her doorknob at night. McMillen said that, “they came back with Thomas.” “Thomas” is a name that has been mentioned several times, according to McMillen.

“I’ve had Thomas come up in a couple of other sessions and then I had some woman’s name come up…I believe it was Bridget, and Bridget is apparently married to Thomas,” McMillen said. “…They could be lying, they could be telling the truth, you never know.”

These sessions became a normal hobby for McMillen, even inviting her friend, senior Jeff Lewis.

“[Kacie] just started talking about it, and the more I heard about it, the more interested I got,” Lewis said. “I wasn’t always a believer that these things were true, but now… I am a true believer.”

McMillen is set to further advance her parapsychological studies in late fall.

“I will be going to Missouri State Penitentiary in November to investigate for three days.”

The avocation started when she felt a strange suspicion, and it continues with an open mind.

“There is always a lot more of history to be uncovered than what we think.”