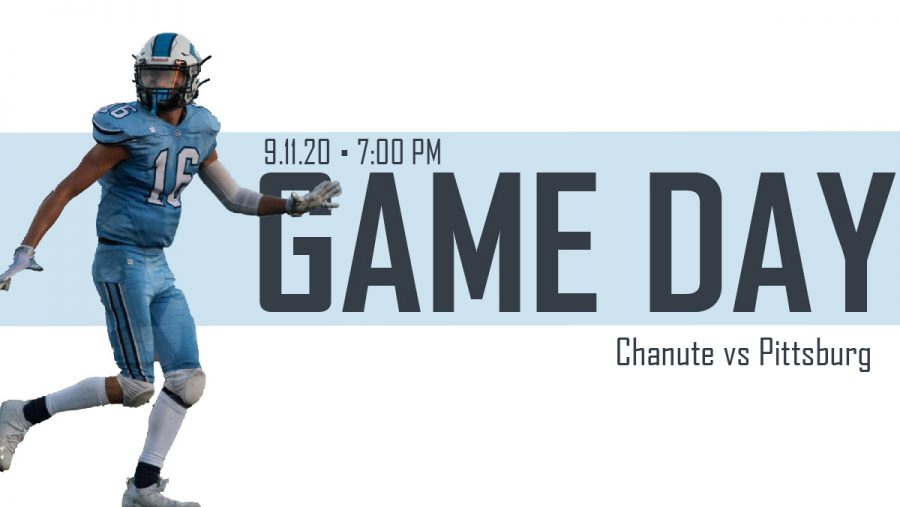 Friday night at 7 p.m.  at The Chanute Community Sports Complex.

Traditionally, the matchup against Pittsburg is one of the toughest games of the season.

“We are going to have to match our physicalities to thiers if we are going to give ourself a chance to win and play aggressive football,” Chanute head coach Clete Frazell said.

The Comets are coming off a 16-14 victory against Circle which was capped by a late kick return touchdown by junior Jackson Coombs.

The team overcame a number of hurdles to pull out the final-second victory. They were left shorthanded in that game due to Covid-related issues and the loss of starting quarterback Eric Erbe to a broken collar bone in the second quarter.

Despite not being full strength, the Comets are confident.

“We’ve got some guys that are not going to play tomorrow, but we’re going to play the next guys in. We have good replacements for them,” Frazell said. “We are just gonna play football, have fun, play as hard as we can, and just see what happens.”

Frazell noted that flexibility is the key in these unprecedented times.

“It just is what it is. We are learning we go, and we just realize this stuff is going to happen,” Frazell said. “You just have to make adjustments on the fly and do the best you can do. That’s really the only way we can handle it.”