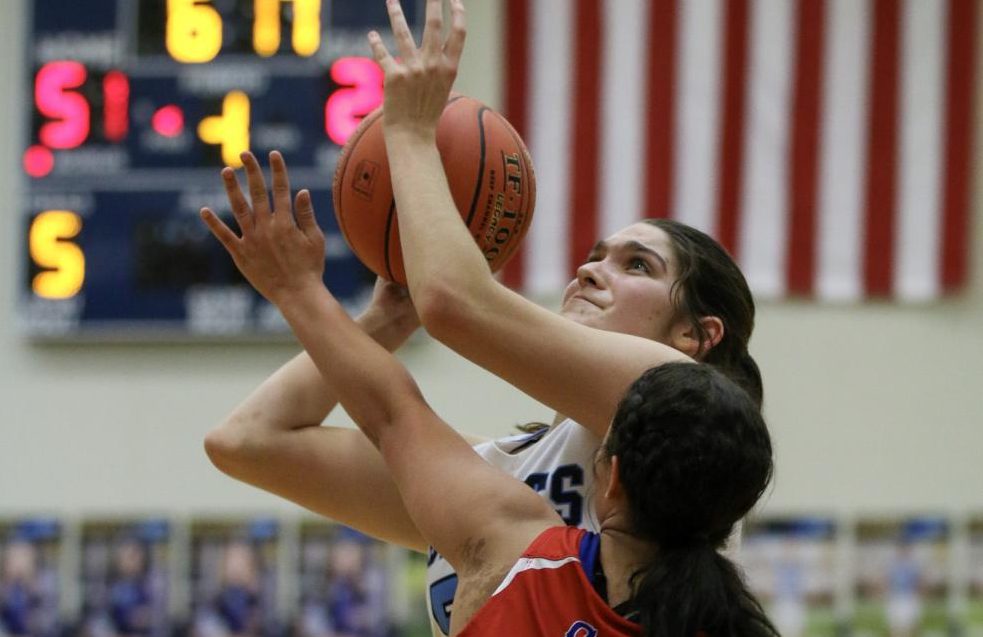 The Chanute Blue Comets’ girls’ basketball team faced off with the Caney Valley Bullpups on Tuesday. Chanute walked away with the 51-28 win behind 19 points, five rebounds, and four assists from Kori Babcock.

Chanute started the game off strong holding a 20-8 lead after the first quarter. Babcock had seven points paired with Makayla Schoenhofer’s six in the opening quarter. Schoenhofer finished the game with six points, six rebounds, and two steals.

“I thought we came out really well, actually we scored the first eight of the game or went on an 8-2 run. We had four different girls score and they were all great shots,” Chanute’s head coach Dustin Fox said, “I loved how we started but, I thought we went into a little bit of a lull there midway through the first quarter where we weren’t quite getting the opportunities in transition to go. We still had a lot of chances, we just weren’t finishing them. If we have made our layups we could have had close to a 30-point first quarter.”

The second quarter played out pretty much the same way. Babcock had nine points and Jacey Lewis scored all seven of her points in the second. Lewis would also finish the game with five rebounds and five steals.

Chanute continued to dominate throughout the second half. When it was all said and done, the Blue Comets walked away victorious. The Comets out rebounded the Bullpups 34-23, lead by Jacelyn Catron’s eight boards. Chanute also accumulated 18 steals lead by Lewis and Brianna Waggoner, who had five a piece.

“I think our defense started it all. When you’re getting touches and steals like that, it leads to a lot of fast-break opportunities. I would have liked to get a few more of them even, but we got so many of them that it really helped us pull away there. We just got the throttle on in the first half, especially the second quarter,” Fox said.