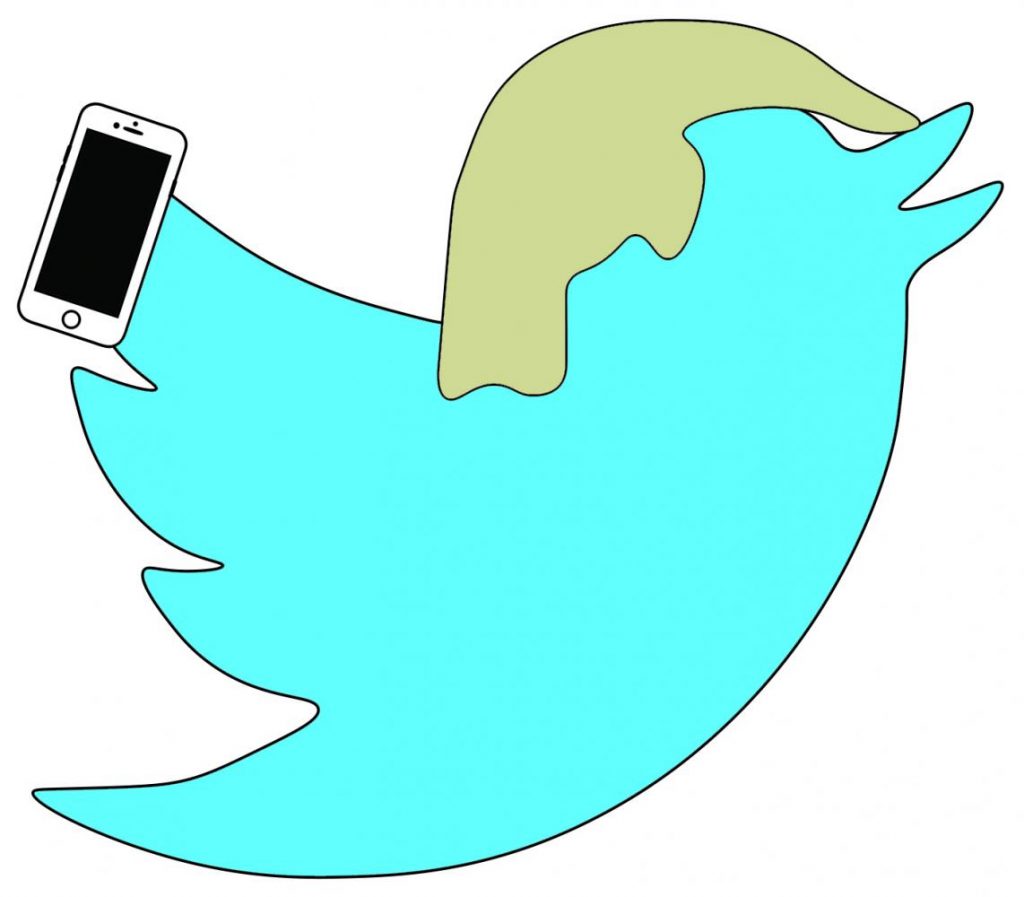 2017 was one weird year. Feminists, hurricanes, taxes, politics and rocket man. No, not Elton John’s song. “Little Rocket Man” is the title coined by Donald Trump to belittle North Korean dictator Kim Jong-Un on Twitter, causing outrage and creating fear of a nuclear showdown. This one tweet put the entire country on edge, but sadly, that’s only one tweet out of his at least thirty-six thousand.

Trump has a massive Twitter following, at over forty-six million. He averages six tweets per day and posts mostly in the early morning. He has lied constantly, personally attacked American citizens, directed Robert Pattinson (Edward from Twilight) to break up with Kristen Stewart, compared “nuclear button sizes” with Kim Jong-Un, still targets Hillary Clinton as if he was still on the campaign trail, misspells basic words (covfefe), claimed he was a “stable genius” who is “like, really smart”, voiced his belief that vaccines cause autism and, most famously, started the birther movement that claimed Obama was born in Kenya. There are many, many more that couldn’t be added to this list due to inappropriate language, but don’t worry, he has many, many more tweets to come.

The weird thing, other than his constant tweeting, is that the President of the United States has his own official twitter account, but Trump chooses to use his unofficial account. This potentially protects him from being called out for abusing the official account, but that does not excuse his constant lying, name-calling or childishness just because it’s coming from a private account.

Trump holds the highest office in the land, stands as the American ambassador to everyone and is supposed to serve the people of the country. His presidency has been riddled with scandals, investigations and slander, but nothing stops him from posting his daily Twitter post. Whether he has a desperate desire to seek approval from everyone or just needs constant attention 24/7, this isn’t presidential or even “modern day presidential,” as he puts in one tweet. Maybe he is a stable genius and he uses Twitter to distract from the important things going on? On second thought…