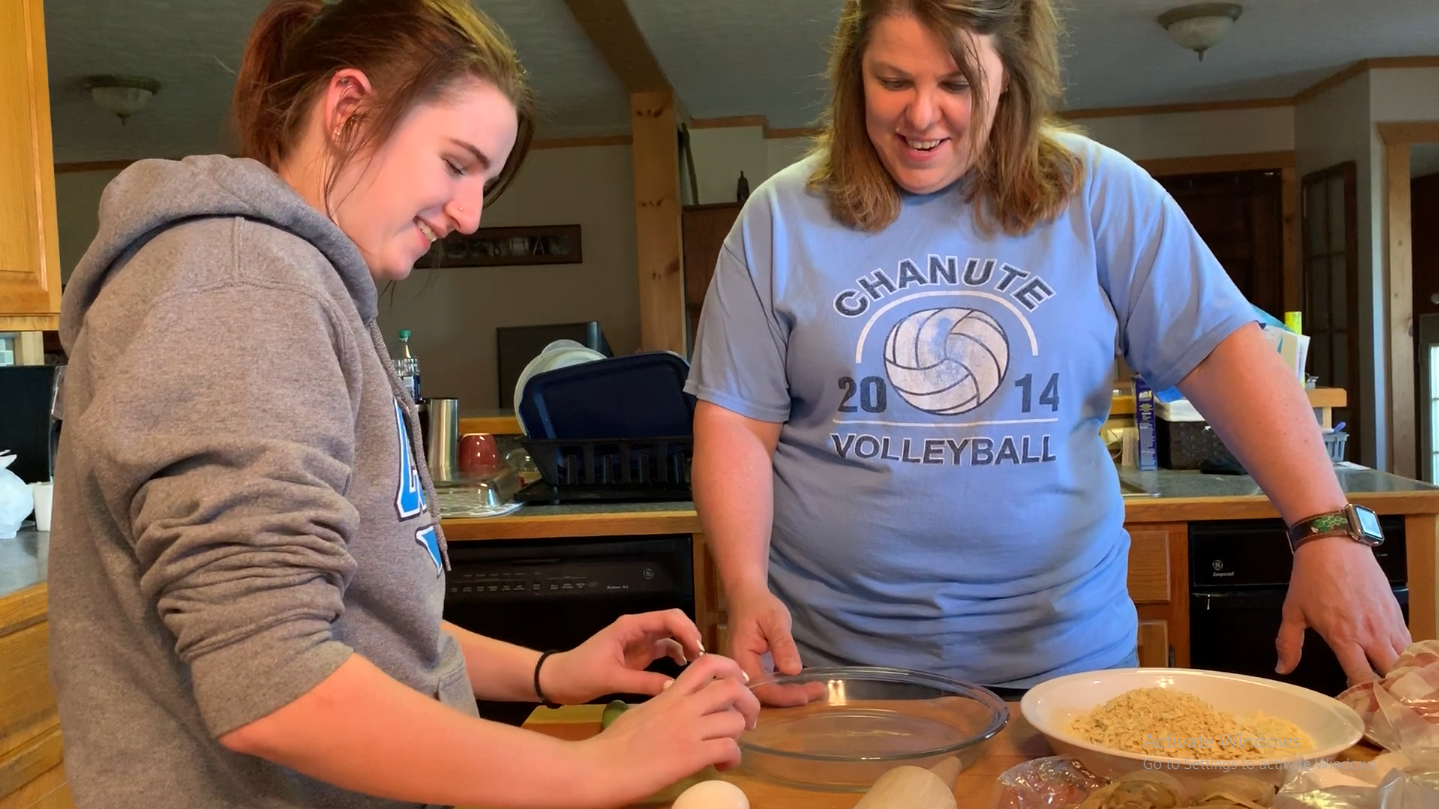 After teaching hundreds of students throughout the day, most teachers return home to recharge from being disciplinarians, counselors, and caregivers to their students. For Chanute High School Career and Technical Education teacher Sherri Bagshaw, however, her bond with sophomore Angel Keidel does not end when the bell rings.

On April 1, an email from a CHS guidance counselor sought someone to take Keidel in before she would be moved into a group home in Wichita.

Bagshaw knew she had to act.

After consulting with her husband, Craig, and her daughter Anna, she sent an email back to the counselor saying that she would take Keidel in.

Hearing the news that she would not have to move to another school and would instead be living with Bagshaw came as a shock to Keidel.

“I was very surprised because she was very scary in class last year,” Keidel said.

Despite her initial impressions of Bagshaw, the bond between the two began to grow during Keidel’s freshman year in a 21st Century Skills class taught by Bagshaw. Every freshman is required to take 21st Century Skills with Bagshaw, but Bagshaw became especially close to Keidel throughout the course of the year.

“We talk a lot about life, and Angel shared a lot about what was going on in her life, and we really made that connection at that point,” Bagshaw said.

… [W]e really made that connection at that point.”

Despite the connection, Keidel did not expect Bagshaw to ever be anything more than a teacher. Since moving in with the Bagshaws though, Keidel said the relationship has changed.

“It has changed from a student, teacher relationship to now where she is kinda my best friend,” Keidel said

Changing her lifestyle for Keidel has been a different yet enjoyable experience. Keidel has never experienced life on a farm, but since the move she has been making the best of her new way of life.

The future is still unknown about where Keidel will go after the school year concludes, but the unbreakable relationship between a teacher and student will never be forgotten. In the meantime, Bagshaw and Keidel will be busy riding horses and enjoying each other’s company on the farm.