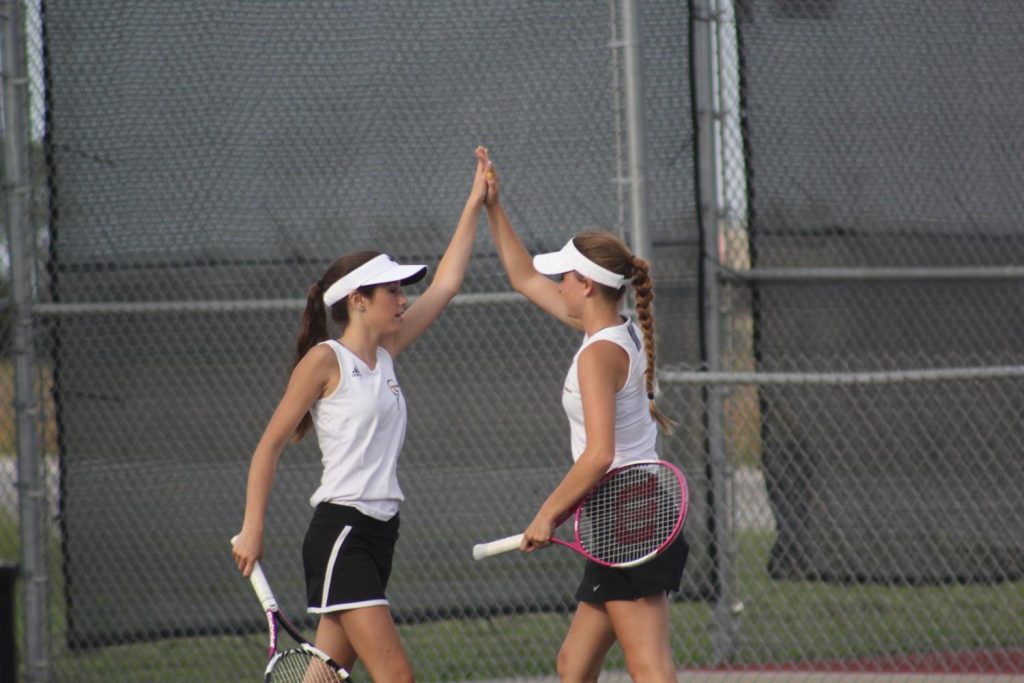 Collins went 4-0 on the day, helping the Blue Comets to 13 points. They were followed closely by second-place Iola (12 points) and third-place Labette County (11 points).

“This was a great way to start a new season, taking first place and here at home,” Comets head coach Mike DeLaTorre said.

Collins, who qualified for state in singles a year ago, played better as the day went on according to DeLaTorre.

“She had a slow start in her first match against Robinson of Columbus, but she picked up her game toward the end of the match and won easily,” DeLaTorre said. “She continued her good play throughout the day showing a lot of consistency and patience.”

While Collins excelled at No. 1 singles, the rest of the Comets were competitive in their divisions.

“She played what I feel is the best tennis of her career today,” DeLaTorre said.

At No. 1 doubles, juniors Shayla Bogle and Taylor Thompson also went 3-1. Their lone loss came in a tiebreaker to Laney Baughman and Lexi Baughman of Labette County.

“Shayla and Taylor played great tennis also, but we all agree they didn’t really play their best yet.  And that’s a good thing.  I’m confident that will come as we get further into the season,” DeLaTorre said.

Despite not playing their best, DeLaTorre saw one major positive.

“I was very pleased with their court coverage and their hustle,” he said.

The No. 2 doubles team of senior Nakia Palmer and Taryn Seely went 3-1 as well.

“Nakia and Taryn (#2 doubles) got better with every match,” DeLaTorre said. “…But throughout the day they played hard and some great doubles.”

Overall, DeLaTorre felt good about his team’s start to the season and is looking forward to seeing his team’s continued improvement.

“I’m very proud of all six of these ladies and the effort and heart they displayed today,” he said. “But we now need to focus on getting better and our next meet, next Thursday at the Labette County Invitational.  Things will get tougher as the season progresses, but we’re off to a great start.”